What Is The Grid? A Beginner’s Guide To The Electric Grid 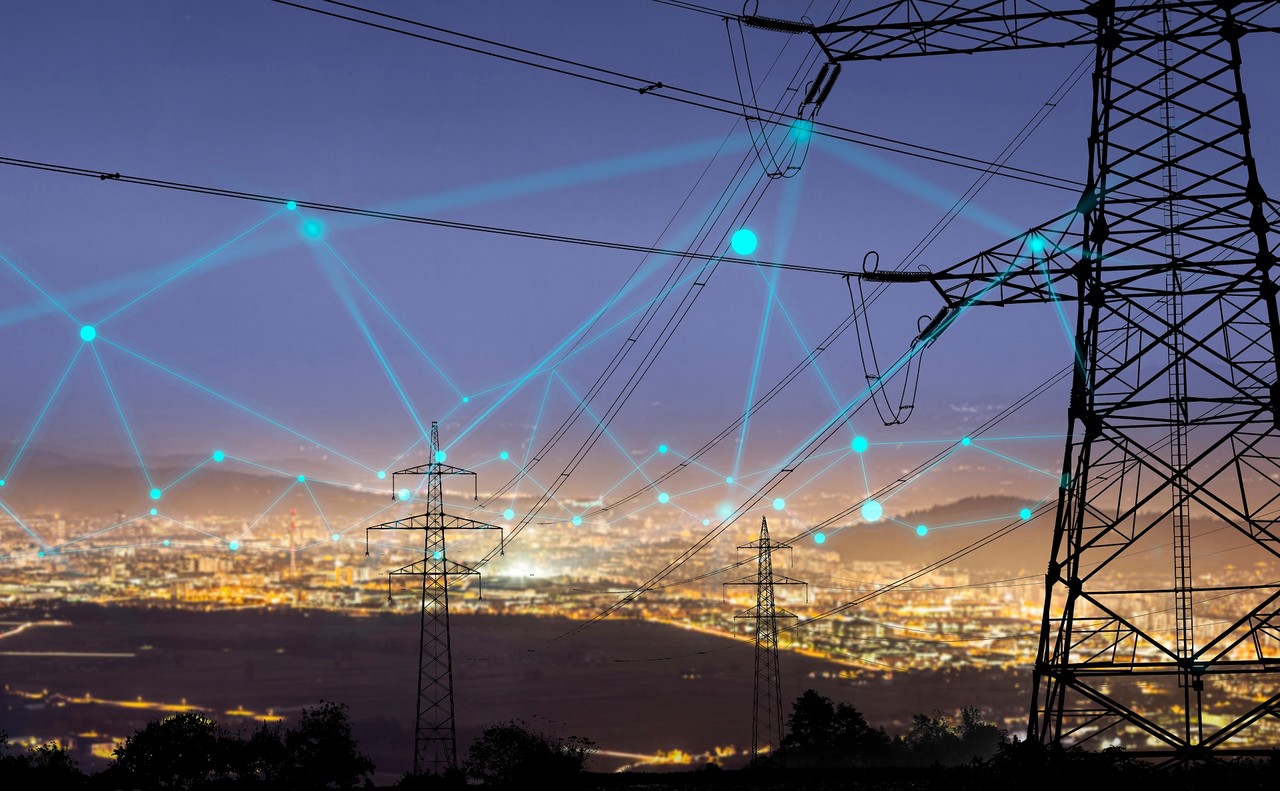 Most people have an idea of what “the grid” is, but often only in a very general sense. While it can be easy to identify grid components such as power lines and electrical equipment, understanding the inner workings of the electric grid may seem mysterious when trying to envision a national network of energy generators, wiring, homes, and buildings.

To put it into simple terms, let’s explore what the grid really is, how the electric grid works, why the grid is used, how the modern electricity grid functions to create and distribute power across North America, and how home solar integrates into the grid.

What Is The Grid?

Where Is The Grid?

Take a look around… the grid is everywhere!

Here in the United States, the North American power transmission grid stretches across the entire country, from the shipping docks in Alaska to the last bar in the Florida Keys, with millions of interconnection points in between.

As the sum of many different individual parts, the national grid is made up of several regional grids that have been interconnected to form a network between populated areas of the United States, Canada, and parts of Mexico.

Why Do We Need The Electrical Grid?

If you’ve ever plugged something into an electrical outlet at home, then you know exactly why we need the electrical grid. From cell phones to kitchen appliances and even HVAC devices, electricity is a necessity of modern life. Today, we use the energy grid to power nearly every aspect of our society, including transportation, manufacturing, entertainment, and more.

That’s why we need the electrical grid – so that access to electricity is safe and available for everyone. While it is possible to live off of the grid and generate your own electricity, the national grid seamlessly connects energy-generating power plants with the people and organizations that need it to electrify their lives. Over a century in the making, the North American electricity grid has grown and expanded to millions of users from its New York City origins.

How The Power Grid Works

Despite all of its complexities, the essential operations of the energy grid can be broken down into three simple steps: generation, transmission, and distribution. While the shape of the modern power grid is being transformed by new sources of energy, the primary function of an interconnected grid to share resources between connected electricity users will always remain the same.

Electricity Generation To The Grid

For electricity to enter the grid, it must first be generated by a source of fuel. In the 2020s, usable power is created in many different forms at various capacities across the globe.

According to the US Energy Information Administration's short-term energy outlook, the annual electricity generation in the United States in 2021 consisted of approximately 38% natural gas, 22% coal, 14% renewable energy sources (wind, solar, and biomass), 19% nuclear, and 6% hydropower.

A chart showing the U.S. Electricity Generation By Source for All Sectors from 2012 through 2023, comparing the percent share of natural gas, coal, nuclear, renewables like solar power and wind, hydropower, and other sources.

Power Plants: Power plants create what is called “large-scale” or “utility-scale” volumes of electricity. Although your mind may be automatically imagining large concrete towers emitting dark gray smog, power plants come in many shapes and sizes.

Beyond the coal-fired and natural gas-fired facilities commonly associated with the term “power plant”, massive amounts of electricity are also generated daily with hydroelectric dams, in multi-megawatt solar farms, and over rolling hills dotted with wind turbines.

Distributed Generation: Distributed or dispersed electricity generation, also known as “small-scale” power production, is a minor but growing sector of the grid’s energy portfolio. Instead of large power plants, the goal of distributed electricity production is to use many smaller points of generation to create and use new power as close to its original source as possible.

Today, it is now easier than ever for homeowners and businesses to generate their own electricity that can also be safely fed into the grid through solar panels and utility interconnection. In its energy outlook, the EIA predicts that residential rooftop solar will account for nearly two-thirds of the growing distributed electrical power generation capacity over the next two years.

Electricity Transmission Across The Grid

After grid power is produced, it must then be delivered to wherever it is needed. Here, new batches of bulk energy are transmitted to smaller substations through transformers that modify the electricity so it can travel over long distances and at high voltages. These transmission lines are the backbone of the North American electric grid.

Transmission lines are very thick and typically supported by large metal towers. Critically, they are bi-directional, which allows for the energy to be transported back and forth. While they are easy to spot when installed overhead, many electrical transmission lines are also safely buried underground.

Electricity Distribution From The Grid

Finally, after reaching a local substation and passing through a switch tower, grid energy is then distributed to end users through smaller electrical power lines. At lower voltages, and with thinner sizes compared to transmission lines, distribution lines are more likely to be supported by wooden poles and can only move electricity in one direction, away from a central location.

In the final stage of the energy supply chain, the electricity distributed to a home or business is recorded by the property’s electrical meter. At this point, the electricity is sold to the end consumer at a residential or commercial rate by the local power company.